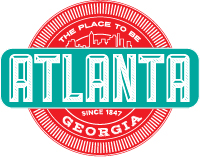 The greater metro Atlanta area has a booming economy, low unemployment, a diverse and highly educated workforce and an influx of young professionals. It also is one of America’s fastest growing cities. Already among the nation’s 10 most populous metro areas, its population is projected to climb even higher in the next few years. With that in mind, it’s important to look at Atlanta through the lens of relocation and consider some of the overwhelming reasons to consider making a move to the metro area. Here, we’ll take a look at 10 of those reasons and how they may affect your home buying decision-making process in the Atlanta residential market for the rest of 2019 and throughout 2020.

2. Atlanta is home to 26 Fortune 1000 companies; sixteen of those businesses are members of the Fortune 500 list, including The Home Depot, UPS, Coca-Cola and Delta Air Lines. These companies cover a wide range of industries, from healthcare to film to technology, giving Atlanta’s economy stability in the event of any industry-specific downturn.

3. The U.S. Bureau of Economic Analysis places Atlanta’s GDP at $385 billion, putting it among the top 10 U.S. economies and the top 20 worldwide.

4. Benjamin C. Ayers, Dean of the Terry College of Business at the University of Georgia, predicts job growth in all of Georgia’s 14 metropolitan areas and in all of the state’s major industries.

6. Growth will slow as consistent with the overall U.S. economic growth forecast, yet Atlanta’s employment growth will see 73,0000 more jobs in 2020.

7. According to the director of the Economic Forecasting Center at Georgia State University, most of the state’s 68,900 new jobs in 2019 will be in the metro Atlanta area.

9. Based on the current demand for housing, the Atlanta housing market still favors sellers in 2019. There is, however, a shift occurring and, in the very near future, as home prices continue to moderate and inventory levels increase, the Atlanta real estate scene could become more “buyer friendly” over the coming months.

10. According to Zillow, the median home value in Atlanta was around $259,100 during the summer of 2019—a more than an eight percent gain from the same period a year earlier. Nationwide, the average gain was 5.4 percent.